The charity Friends of the Elderly has been telling people to use Compare the Market. One of the big 5 switching sites who hide deals from consumers. We wrote to the charity's Royal Patron - the Queen - asking her to step in.

We are writing to you in the context of your role as Royal Patron of the charity Friends of the Elderly. We were very disappointed to see that recently Friends of the Elderly have been saying to the elderly that they use the website Compare the Market to switch energy suppliers. http://www.fote.org.uk/support-us/corporate-support/part-great-british-switch-weekend/

While we have no doubt that the motives and aims of Friends of the Elderly are honourable, the business practices of Compare the Market are not.

Working with the Sun newspaper we spent over 13 weeks analysing the results of the five major price comparison websites - Compare the Market, uSwitch, MoneySupermarket, Go Compare and Confused.

Our research - involving over 200 screenshots - found that these sites hid the cheapest deals from consumers because they did not get paid for them. The research was reported across the media including on the front page of the Sun, Sky News, BBC Radio 4's Today Programme, The Guardian and The Times.

At the time the Citizens Advice Chief Executive Gillian Guy said: "Comparison sites shouldn't be pulling the wool over peoples eyes about what is the cheapest deal."

Since we released our research several price comparison websites have changed their websites so that they always show all deals to consumers automatically. Compare the Market have not.

It is not appropriate for a charity like Friends of the Elderly to be promoting Compare the Market while it continues to mislead consumers and act dishonestly and unethically.

Will Hodson
Henry de Zoete
Co-founders of The Big Deal

Cheapest tariff on the market! 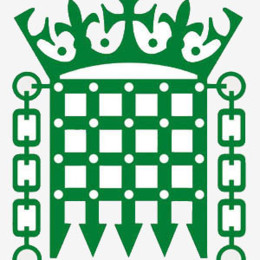