Why 'Loyal' Customers Get The Worst Deals On Energy

Either way we reckon you're getting ripped off.

Be prepared to get very angry with your energy supplier.

And then to get even.

Most people think loyalty should be rewarded.

But somehow the executives of Britain's energy suppliers didn't get the memo.

In fact, the Competition and Markets Authority have today revealed that if you stick with your supplier for years, you will find yourself on one of the worst deals in the land.

So how many of us count as 'loyal' and are therefore getting fleeced?

In fact, 60% of British households have never switched. Millions of people are still with the same supplier that inherited their meter when the energy market was deregulated at the turn of the century. And these people are doing especially badly.

We've shared a Little Map of Rip Offs, just below. It's a mosaic of the old regional monopolies that are now in the hands of the BIg Six.

Find where you live, then check which of the Big Six inherited the monopoly in that region.

For example in London, it's EDF. For Berkshire, SSE>

If you are with that supplier, you are probably on one of the worst deals in the country.

(When, ahem, you could be saving £475* with our market-beating exclusive tariff from First Utility.)

So how does this happen?

Imagine you're at your mum's house. You mention that switching energy supplier could save her a few pennies.

"Oh no," says your mum. "We've been with British Gas for yonks."

"We can't follow all the different deals out there, so you have a bit of faith don't you? They wouldn't charge a loyal customer over the odds."

Oh yes they would.

A loyal customer is EXACTLY the kind of person they'd charge over the odds.

The best rates go to the savvy consumers who shop around. These guys are always getting a bargain. But someone has to subsidise those cheap rates...

And if you haven't switched your supplier for a few years, that's you getting ripped off too.

They've charged you all kinds of prices and you didn't switch. So they figure you never will.

Let's put an end to this.

Get the best deal you possibly can NOW, from The Big Deal, before it closes on Friday.

You'll be amazed (and angry) at how much you will save from leaving your current supplier. 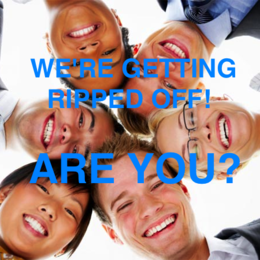 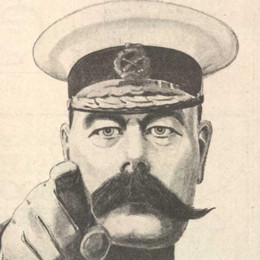 The Big Deal is recruiting!