The Big Deal launches. Read all about it.

- Half have had to cut spending elsewhere because of energy bills

- Four out of five think energy market is 'broken'

- And the majority believe politicians are 'incapable' of helping

The polling finds that half of people have had to cut down their spending because of energy bills. The majority think politicians are "incapable" of helping them get a better deal. Just 17% say they get a fair deal from their energy providers, 72% say energy companies act like a "cartel" and 83% say the energy market is "broken".

"Even the banks at the height of the financial crisis are unlikely to have experienced figures this bad. These staggering results demonstrate the strength of public feeling and are the clearest sign yet that people are prepared to consider radical change to the way the energy market operates in Britain today."

In the wake of these findings The Big Deal is championing a new way of saving money using people power. Individuals across the country register their interest to participate online or over the phone. The more people that join, the stronger the collective purchasing power and the bigger the saving it will be possible to achieve. With a mass of people signed up, The Big Deal will go to the energy companies to negotiate the best price possible for all. Over 80% of people are interested in joining such a 'collective switch'. A similar scheme in Australia, launched in 2012, got 250,000 people signed up and saved those involved 16.5% on their energy bill. In Britain the equivalent would be about £200 per person.

"People think the energy market is stacked against them. Energy bills keep going up and people are having to make sacrifices. They don't trust the Big Six to give them a good deal, nor do they have faith in politicians to help them. It's time to take action ourselves. By joining together we can all get a better deal. More people means lower bills."

"I'm joining The Big Deal because if we all come together, companies will listen. People power will get us all a better deal and put money back in everyone's pocket."

Since 2005 the average annual dual fuel (gas and electricity) bill from the Big Six has more than doubled from under £600 to over £1,200 (Consumer Futures, Jan 2014), with profits for energy providers soaring. Between 2009 and 2012 the Big Six's profits from supplying households more than quadrupled, rising by £1bn (Ofgem, Nov 2013).

Energy bills are expensive and confusing

Massive disillusionment with energy companies and how they act

No belief that politicians can or do help

All figures are from Populus. Total sample size was 2,052 adults. Fieldwork was undertaken between 21st - 23rd February 2014. The survey was carried out online. The figures have been weighted and are representative of all GB adults (aged 18+). Populus is a member of the British Polling Council and abides by their rules. For further information on the polling contact Chris Wilkins on 07713 568012 / [email protected] 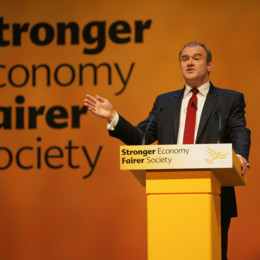