The energy market may be broken, but The Big Deal has proven that people power can fix it. We created a brand new, market beating, totally exclusive tariff for our members - making our campaign the UK's first truly successful collective switch. That's why the Energy Secretary made the switch!

The energy market is broken. Retail profit margins for the Big Six suppliers have doubled in a year from 3% to 7%, that's £106 per customer. Wholesale gas and electricity prices are at their lowest levels since 2010, but the energy companies aren't passing on their windfall: Ofgem predicts the average energy bill will cost a staggering £1,346 over the next year.

We set up The Big Deal to beat the big suppliers, and this summer we gathered together more than 10,000 people, and harnessed their collective buying power to secure an exclusive deal. A deal that was cheaper than any other two year tariff. We held a reverse auction, in which the UK's energy suppliers competed to offer the best tariff for our members. In the end, the winner was an independent supplier called Green Star Energy. Whereas the estimated average energy bill for the next year is £1,346, our tariff costs the average user only £1,055 - a massive average saving of £291 a year.

Crucially, our deal protects our members from price rises for two years. The Big Six have consistently raised prices for the past three years, and Energy UK, the lobbying group for the Big Six energy suppliers, estimates that energy bills will rise by £95 every year until 2020. These price rises are inevitable for everyone - except our members.

Our members are people who have been ripped off by the energy market for years. 63% of those who signed up had never or hardly ever switched before, and over 60% were over the age of 55. These are people who have traditionally missed out on savings and been shoved onto their supplier's most expensive tariff. Our deal means that not only will our members save hundreds of pounds but they don't have to worry about prices rises or the hassle of constantly switching.

Our members include Chris and Andrea Goldsmith, a retired transport manager and teacher respectively, both aged 61 from Chorley, who saved £400. They said:

"We've both retired early so every penny counts. Being able to save so much while protecting ourselves from price rises was brilliant. We've never switched before so teaming up with 10,000 others gave us piece of mind and meant we knew we were getting a good deal. We'll be spending our saving on our granddaughter."

This exclusive, market-beating tariff makes The Big Deal's campaign the UK's first truly successful collective switch. More than 30 MPs from all parties offered their support, and the Energy Secretary, Ed Davey, actually switched to our deal. 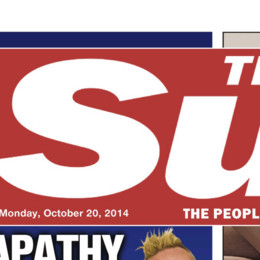