We spent 13 weeks looking at price comparison websites. We've got over 200 screenshots. You won't like what we found. That's why we've written to the sites themselves and asked politicians to act and the CMA, Energy Select Committee and EU Competition Commission to investigate.

We also believe that this research shows that these sites may be breaking EU consumer protection law. We've written to the five biggest sites - Compare the Market, Go Compare, uSwitch, MoneySupermarket and Confused - asking that they stop this activity. We've also asked Government to take action, the Competition and Markets Authority to expand their inquiry into the energy market to include these sites and the EU Competition Commission to investigate their actions.

SEE PDF DOWNLOADS OF OUR LETTER AND OUR RESEARCH BELOW 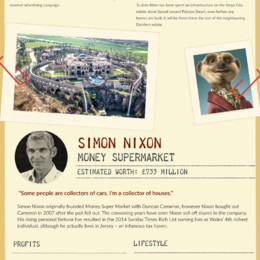