Read the press release for the launch of The Clean Energy Switch's winning tariff from 100% renewabe electricity supplier Good Energy.

-- The bargaining power of 100,000 creates a tariff from a 100% renewable electricity supplier which will see people going clean and saving money --

The first ever mass switch to clean energy - The Clean Energy Switch - today announced the details of the winning 100% renewable tariff. The bargaining power of the campaign's 100,000 members has led to the winning company creating a dual fuel tariff that costs just £947 a year.

It will mean big savings for the majority of customers with the Big 6 energy suppliers. The average Big 6 customer who pays when they receive their bills will save £232 a year while those who pay by direct debit will save £148 a year.[1]

The Clean Energy Switch was launched by the campaigning organisation 38 Degrees and consumer collective The Big Deal. In two weeks the campaign had 90,000 sign ups. Politicians of all parties have backed the campaign and its aim of delivering affordable clean energy.

This unique deal which is not available on price comparison sites can only be taken for a period of two weeks from today. The deal closes at at midnight on Monday 28th September 2015.

Will Hodson, Co-founder of The Big Deal, said:

"People can now go clean and save money at the same time. This is fantastic news for the environment and the consumer. Huge credit must go to 100% renewable electricity supplier Good Energy for creating such a fantastic tariff."

"People power's delivered. By coming together we've got an incredible deal. And by switching en-masse we're sending a powerful message to the Big Six and to Government - we're sick of being ripped off, misled, and treated badly by big polluting companies. We expect better."

"This campaign has attracted huge interest and allowed us to create a unique tariff thanks to the big volume of members who've got involved. The Clean Energy Switch has put the environment and what consumers can do about it on the map. It's great to play our part and help people switch to a renewable tariff, actively do something about climate change and save money at the same time."

Good Energy has consistently been ranked top or second in Which? energy company customer satisfaction surveys for the past four years.

Full details of the deal with Good Energy. It is a one year fixed deal which will cost households:

· £947 a year (based on medium consumption across all the regions).

· £668 a year (based on low consumption across all the regions)

The fix expires on 31st October 2016 and it is only available by direct debit with online billing. It is dual fuel but can also be taken electricity only and Economy 7. Good Energy does not do the Warm Home Discount. There are exit fees of £20 per fuel if customers want to leave the deal before it expires. This is below the industry average of roughly £30 per fuel. The deal is available to be taken until midnight on Monday 28th September 2015 and it is only available for the first 10,000 customers. All applications are subject to a credit check.

We have saved the British public over £4 million and in our autumn switch there was a saving of £300 per family.

The Big Deal charges a commission to the energy supplier who its members switches to. We are always 100% transparent about how much it is unlike price comparison websites. For this switch we will be charging £20 per fuel switched (£40 for a dual fuel switch). This is the same for whichever energy company wins the auction and is cheaper than what the major price comparison websites charge.

The energy regulator Ofgem also tightened up the rules around comparison sites. http://www.bbc.co.uk/news/business-30912626

38 Degrees is a community of millions of ordinary people who live all across the UK. We work together on the issues we all care about to bring about real change.

Good Energy is a fast-growing green energy company, generating and selling 100% renewable electricity to homes and businesses across the UK, all wrapped up in great customer service. Good Energy's mission is to support change in the energy market, tackle climate change and boost energy security. Good Energy has consistently been ranked top or second in Which? energy company customer satisfaction surveys for the past four years. Good Energy invests in renewable energy including wind, solar, hydro and tidal. 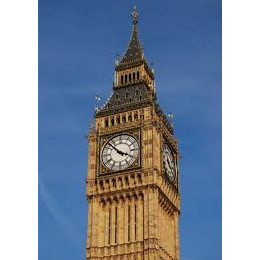 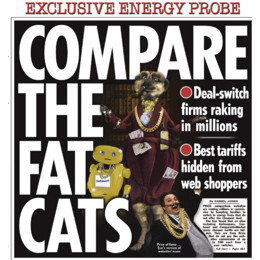 Another investigation into PCWs by Ofgem