High profile support for taking on the Big Six!

We had some great news today. Both Ed Davey - the Secretary of State for Energy and Climate Change - and Michael Fallon - the Minister for Energy - have said they will personally sign up to The Big Deal and encourage others to do the same!

And it's not just the Government backing people power. Last week on Radio 4, Shadow Business Secretary Chuka Umunna described The Big Deal as "welcome" and "a good thing". You can listen to him, Ed Davey and The Big Deal's Henry de Zoete here: www.youtube.com/watch

So The Big Deal is now backed by every major political party. We have support that goes all the way to the top. Here's what the Ministers said:

"I kick started collective switching schemes so that consumers could get together and increase their buying power. The idea is simple - when energy companies get told there are thousands of potential customers looking for a good deal then they have to listen.

"The pilot schemes that my Department funded showed promising results - in just a few months 21,000 households switched saving an average £130 off their bills.

"I've signed up to The Big Deal today and would encourage others to get involved."

Lots of people have participated in schemes supported by the Department saving hundreds of pounds. The Big Deal hopes to emulate and go even further than their success.

"Collective switching is a great way for more people to get cheaper energy. I'm backing The Big Deal."

But we want even more support. So the Big Deal has today written to every MP, asking them to sign up themselves, and to encourage their constituents to sign up. Remember the more people that sign up to The Big Deal the bigger the saving they can get. So tell your friends. And if you want, contact your MP and ask them if they are backing The Big Deal!

Together we can beat the Big Six. 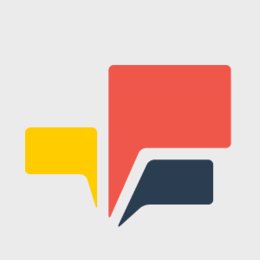 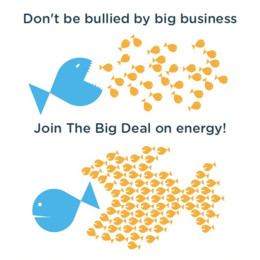 SSE’s cynical price freeze is not enough | The Big Deal