A return to the dark days of deal-hiding

TheBigDeal.com press release, 10th March 2016 - The CMA propose "a return to the dark days of deal-hiding."

The Competition and Markets Authority, which has been investigating the state of the UK energy market for nearly two years, today published its provisional remedies.

In a largely unnoticed remedy, the CMA are proposing that price comparison websites should be able hide from consumers deals that don't earn them commission. This means removing the requirement for Ofgem accredited comparison sites to show a "whole of market" comparison.

In 2014, TheBigDeal.com and The Sun revealed that this practice often meant that switchers could not see the cheapest deals for them.

"With suppliers refusing to give us a fair price, it's now crucial that comparison sites show us the best deal. Instead, the CMA seek a return to the dark days of deal-hiding. Not only has the government watchdog backed down from the Big Six, they've also caved in to the comparison sites."

Will Hodson is available for interview.

TheBigDeal.com is a consumer collective focused on reducing people's energy bills. We bring together tens of thousands of consumers and use our collective buying power to create exclusive deals.

Launched in March 2014, we now have over 100,000 members and continue to grow. 62% of our members have never or hardly ever switched before - these are the very people who have been let down by the energy market for too long. Moreover, 60% of our members are over the age of 55 and 30% over the age of 65. We have saved the British public over £5 million since we launched.

On 20th October 2014, TheBigDeal.com published research that showed that the Big Five switching websites (Go Compare, Compare the Market, MoneySupermarket, uSwitch and Confused) all hide the cheapest deals from users because they don't get paid by energy companies for them. The full research including over 200 screenshots taken over 13 weeks can be found at: https://thebigdeal.com/blog/research-into-price-comparison-websites

On 2nd February 2015, TheBigDeal.com published similar research except into activity over the phone that found that all the Big Five switching websites (Go Compare, Compare the Market, MoneySupermarket, uSwitch and Confused) hid the cheapest deal when talking to customers.

The energy regulator Ofgem also tightened up the rules around comparison sites following our investigation: http://www.bbc.co.uk/news/business-30912626 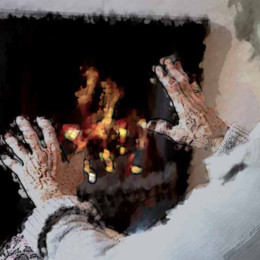 The Big Deal response to the Charity Commission and Ofgem’s reports into Age UK / E.on