Cheapest tariff on the market!

Today (11 November 2014) The Big Deal and The Sun announce that their people power campaign has created THE CHEAPEST ENERGY TARIFF on the market. At £949 a year, the tariff from leading independent supplier extraenergy is cheaper than any tariff on switching sites.

On 21st October The Sun and The Big Deal launched their people power campaign to save money on energy bills via a collective switch. Energy companies were asked to offer their lowest energy tariff for The Big Deal's 30,000 members.

extraenergy created the lowest tariff on the energy market as of today (11 November 2014). The extraenergy deal costs £949 a year and is £11 cheaper than the best tariff on switching sites. People who have never switched before could save on average £244. And those who currently pay their bills via cash or cheque could save on average £316 by switching to this direct debit tariff. It reduces energy bills to the level they were over 5 years ago when Gordon Brown was Prime Minister and Ed Miliband was Energy Secretary.

The dual fuel tariff will save the average family who has never switched before £244. It is available only for Big Deal members and is not available on price comparison sites. People can take the tariff until 6pm on Friday 28th November. To do so they need to visit www.thisisthebigdeal.com where they can sign up to The Big Deal obligation free and get all the details of how to take the deal. They will also be shown a whole of market comparison before they choose whether to switch.

The membership of The Big Deal is made up of people who have been let down and ripped off by the energy market for too long. Over 60 per cent have never or hardly ever switched before.

Ed Davey, Secretary of State for Energy & Climate Change said: "The Sun's campaign has resulted in a great deal for consumers. I've been pushing collective switching from day one and The Sun's deal shows the power of people clubbing together and demanding the best price from from energy suppliers."

Daniel Jones, consumer editor of The Sun, said: "We're delighted to deliver the cheapest energy tariff on the market for Sun readers. It will put hundreds of pounds back into families' pockets."

Will Hodson, Co-founder of The Big Deal, said: "People power has delivered. And more importantly it's delivered for people who have been let down by the energy market for too long. Huge credit must go to The Sun for doing something so substantial for their readership. And huge credit must also go to extraenergy for not only having some of the best deals in the market at the moment, but going the extra mile for consumers for this collective switch."

Geoff Childs, Managing Director of extraenergy, said: "extraenergy is pleased to be offering Sun readers the cheapest dual fuel tariff on the market. We are passionate about saving customers money. By ensuring our operations are lean and efficient, we have consistently offered the cheapest tariff on the market for the past few months. We are confident we can continue to do this in the coming years and that has to be good news for energy consumers."

Full details of the deal

The extraenergy collective switch tariff is for dual fuel online customers including Economy 7 (customers must highlight they are Economy 7 during application journey). The tariff is for Direct Debit payment only and includes paperless six-monthly billing. All applications are subject to a credit check. Extra Energy does not currently offer the Warm Home Discount. Big Deal members who receive the Warm Home Discount will be contacted directly about their options.

The deal is fixed for a year and the termination fees are £25 per fuel. This is about industry standard or a touch lower. First Utility, Green Star Energy and Ovo charge £30 per fuel. Npower and British Gas charge £50 per fuel. But Eon charges £5 per fuel.

The price of the deal will vary across regions and depend on levels of consumption. All customers are shown a whole of market comparison before the switch. There is no obligation to take the deal.

There was no commission paid by extraenergy for this switch. There is no financial relationship between extraenergy, The Big Deal and The Sun.

The saving figures above are based on the savings from switching from British Gas Standard dual fuel direct debit and dual fuel receipt of bill as set out in the below table.

Figures from Consumer Futures show that the Big 6 energy suppliers average bill over time has been:

The Big Deal is a collective bargaining organisation for cheaper energy bills. It brings people together to harness their collective buying power to deliver lower bills. It launched in March 2014 and in total there are 30,000 members. Over 60% of whom have never or hardly ever switched before. It is possible to sign up either online or over the phone for those who didn't have the internet.

On 20th October, The Big Deal published research that showed that the Big Five switching websites (Go Compare, Compare the Market, MoneySupermarket, uSwitch and Confused) all hide the cheapest deals from users because they don't get paid by energy companies for them. The full research including over 200 screenshots taken over 13 weeks can be found at: https://thisisthebigdeal.com/blog/research-into-price-comparison-websites

The research was covered across the media from Sky News to the front page splash of The Sun.

extraenergy launched into the domestic UK energy market on 5th March, 2014. They also supply energy to SME business energy customers in the UK. The company uses custom-built technology platforms and has built an efficient operation to keep overheads 'lean' and deliver savings, which are passed directly on to customers. extraenergy is part of a group of companies which has one of the largest energy supply businesses in Germany.

Homes of the future 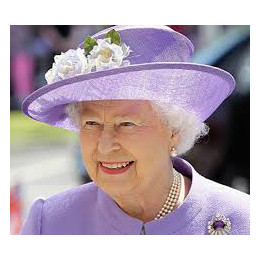