Beyond Tax Credits: It Wasn't All Good For The Poorest

Yesterday, George Osborne performed an historic reverse ferret, rowing back on his plans to scrap tax credits. The Man Who Would Be Prime Minister appeared to demonstrate two things: the ability to listen and some vague degree of empathy for Britain's poorest families. But it wasn't all good for those folk.

The Chancellor took another slash at one of the energy industry's many dry-as-hell schemes, the Energy Company Obligation. ECO obliges the Big Six suppliers to help Britain's poorest homes spend less money on their energy. Which they don't really want to do. Unless we oblige them to.

Well from 2017, that obligation will be greatly reduced. And as a result, say the Citizens' Advice Bureau, far fewer people will have cheery workmen sent to their gaff to install helpful stuff, like insulation, and morally blackmail them into making them cups of tea.

Of course, you could spin this as a win. After all, George Osborne reports that his scale-back of ECO's ideals will take £30 off the average bill. But those benefitting from its provisions were saving £300... £300 that often lifted them out of fuel poverty.

As always, there is a trade-off here. But yesterday's Spending Review was not all good news for Britain's hardest-pushed homes:

Yes, a lot of people are relieved that they will see an extra thousand pounds in their bank accounts via tax credits. And that is absolutely the headline.

But no-one really complained about losing a nebulous benefit that could take hundreds of pounds off the fuel poor's energy bills.

Oh, and this will obviously undermine Britain's efforts to reduce carbon emissions. But that's par for the course with George's announcements these days. 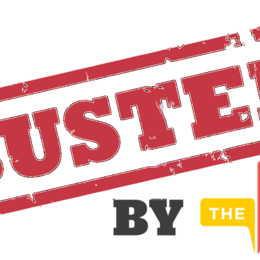