Today we announce that we've harnessed the collective buying power of our 10,000 members to create the cheapest two year deal on the market. Read the press release below.

Collective bargaining campaign The Big Deal has today (Wednesday 17th June) announced that by using the buying power of its 10,000 members it has created the cheapest two year fixed deal on the market, proving people power can deliver cheaper bills. This deal is not available on price comparison sites, beats any other two year deal and is the first time a collective switch has ever created a new market beating tariff.

And this saving will be much more when you include the inevitable price rises over the next two years. Energy UK, the Big Six's trade association, says that energy bills will rise by about £100 per year for the next six years (50% by 2020).

Collective switching has been put on the map by the Government with Energy Secretary Ed Davey backing numerous schemes across the country since 2012. Run by local authorities and community groups, these schemes have engaged people who normally never switch and saved them hundreds of pounds. The Big Deal builds on the success of these schemes.

This brand new deal is available to the 10,000 members who signed up to The Big Deal campaign for lower energy bills over the last three months. The deal is provided by leading independent energy supplier, Green Star Energy. Green Star is a member of the Just Energy Group Inc., a leading North American energy retailer serving close to 2 million customers across Canada, the U.S. and the UK.

The Big Deal specifically targeted people who have been ripped off by the energy market for years. 63% of its members have never or hardly ever switched before. Over 60% are over the age of 55. 30% are over the age of 65. This new deal means that not only will they save hundreds of pounds but they don't have to worry about prices rising or the hassle of constantly switching.

"Everyone wants lower bills and thanks to people power that's what we've delivered. By harnessing the buying power of 10,000 people the Big Deal has created a new two year market beating tariff that you can't get on a price comparison site. A first for a collective switch. Not only will it save people hundreds of pounds but it will also save them stress and hassle. No worrying about prices rises and no stress of having to switch again after a year. Huge credit must go to Green Star Energy for standing up for consumers and delivering lower bills."

"The Big Deal has brought together a group of people who don't often switch and have been paying high bills for far too long. We're delighted to be able to offer them a brand new exclusive market leading two year deal that will put money back into their pockets."

Energy Secretary Ed Davey is a big advocate of collective switching, having kick started several schemes and thanks to his efforts thousands of people who normally never switch have cut their energy bills in schemes across the country. He backed The Big Deal when it launched in March and has himself signed up for this collective switch.

"Collective switching and schemes like the Big Deal are allowing consumers to get together, and demand a better deal from energy companies.

"We've paved the way for these schemes to get off the ground through pilots with local authorities and community groups.

"Collective switching can save consumers hundreds of pounds and forms an important strand of our policy package making switching easier, faster, with more suppliers out there offering market leading deals."

Energy campaigner and MP for Harlow, Robert Halfon, who backed the campaign on the day it launched, said:

"The Big Deal is amazing news for consumers who have always struggled to get all the information available and the best deal for themselves. This initiative has shown that people coming together puts consumers back in control and gives them the power to bargain with big companies. The success the Big Deal has achieved in this occasion will hopefully be just the first of many more cases in which consumers make their views and needs heard. "

Details of the deal

The Green Star Big Deal tariff will cost on average £1,055 per year. The energy regulator Ofgem estimates that the average annual dual bill for the next year will be £1,346. Our offer is £291 a year cheaper than that. So even if - and it's a big if - prices don't rise next year, the average person will still save £582 over two years. Ofgem's estimate is for the period May 2014 - April 2015. Ofgem, Supply Market Indicator data. This saving is an estimate based on average consumption. The amount of money each person will save will depend on how much energy their household uses. They will receive a personalised quote prior to entering in to any contract with Green Star Energy.

Like nearly all 2 year contracts there are termination fees if you leave Green Star Energy deal before the end of 2 years - £30 per fuel.

This deal is open to customers who wish to pay by Direct Debit, or Cash / Cheque, and receive online or paper bills. Paying by Cash/Cheque will lose the direct debit discount of £32+VAT per fuel per year.

The deal is available for Big Deal members to take until midnight on Tuesday 15th July.

Average unit rates are as follows (the specific figures will depend on your region): 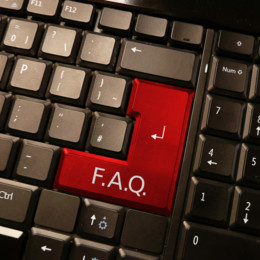 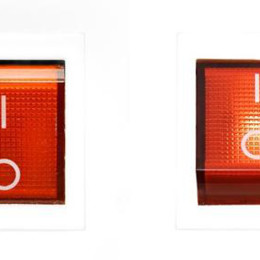 Your Step-by-Step Guide to Switching | The Big Deal