It has been revealed that profits for the Big Six have doubled. Since they're not cutting prices, it's time for customers to band together with ThisIsTheBigDeal.com and demand cheaper bills.

Ofgem dropped a bombshell this week. The profits that the Big Six energy companies make from retail supply - that is, the profits they make from supplying energy to you and me - have doubled in a year. The margins for supplying gas rocketed from 5% last year to 10% this year, and overall the profits made from supplying dual fuel households more than doubled from 3% to 7%.

In a fair and just world, this profit increase would be passed onto customers in the form of lower bills. The average energy bill has more than doubled since 2005, from £600 to over £1,200 - and throughout this period the energy industry has continued to claim that the rising wholesale cost of energy means that their hands are tied. For instance, industry group Energy UK said last year that "The main reasons customers have seen their household bills go up is because the cost of gas and electricity have gone up".

But recently, the cost of wholesale cost of energy has fallen to its lowest levels since 2010. That's why we've seen the Big Six's profits explode. And if rising wholesale prices were to blame for price rises, we would therefore expect to see price cuts across the board in response to tumbling wholesale prices. Instead, two of the Big Six have offered a paltry price freeze, while the rest have offered their customers nothing.

The truth is, energy bills are already too high. The fact that the energy companies can double their profits while raising prices shows that the market is broken. In this context, consumers need to stand together and demand lower bills - because it's obvious that the Big Six won't be offering them anytime soon.

It's people power like this that ThisIsTheBigDeal.com is all about. We gather thousands of people together and negotiate cheaper energy on their behalf. We're looking to offer our members a cheaper energy deal than they could find anywhere on the market. People power means lower bills. 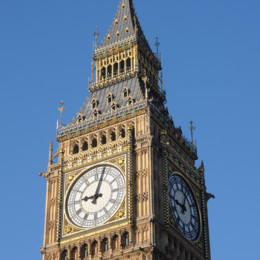