"With yet another report lamenting low levels of switching, it's clear that traditional price comparison has failed."

The Competition and Markets Authority (CMA) today reports that Britain's Big Six energy suppliers overcharged consumers by £1.2bn between 2009 and 2013. But at a time when switching is more important than ever, the watchdog found the most vulnerable consumers were "less likely" to use Britain's scandal-hit comparison sites.

Of those who do not have confidence in comparison sites, 43% said they did not "trust" or "believe" comparison sites. This despite potential savings of £160 from a dual fuel switch.

The CMA's findings come after Ofgem announced an investigation into possible price fixing between MoneySupermarket and uSwitch last month. In February, uSwitch were reported to have misled switchers over the phone, offering compensation to angry consumers as a result.

In the same month, the Energy and Climate Change Select Committee grilled bosses of the 'Big Five' comparison sites - uSwitch, MoneySupermarket, GoCompare, CompareTheMarket and Confused - over their commission arrangements.

The CMA noted that recent years had seen reduced competition between comparison sites, as comparison sites did not "compete with each other to attract customers by reducing commission."

In this climate of mistrust, the watchdog noted that "alternative forms of third party intermediaries (TPIs), such as collective switching schemes, may become increasingly important."

Will Hodson, co-founder of collective switch, The Big Deal, said:

"With yet another report lamenting low levels of switching, it's clear that traditional price comparison has failed. In fact, the lack of competition in Britain's energy market appears to have spread from the Big Six suppliers to the Big Five comparison sites."

"With public trust crumbling, comparison sites must now embrace transparency around commissions. In the meantime, consumers will continue to seek new switching services which treat them with the respect they deserve."

Will Hodson, co-founder of The Big Deal, is available for interview.

118. The survey results suggest that there is a material percentage of customers who are disengaged in domestic retail energy markets. The survey results also suggest that those who are have low incomes, have low qualifications, are living in rented accommodation or who are above 65 are less likely to be engaged in the domestic retail energy markets against a variety of indicators of engagement.

125. Third party intermediaries (TPIs) such as PCWs can significantly reduce search and switching costs for domestic customers by providing an easy means to gain personalised quotes, on a comparable basis, from a range of different suppliers. However, we have found that customers on low income and with low levels of education are less likely to use PCWs. Of those who are not confident using a PCW, 43% said they did not trust or believe PCWs.

144. A further area where the impact of the RMR appears to be harmful to price competition is in relation to PCWs. PCWs can no longer compete with each other to attract customers by reducing commission - either directly by way of passing on cashbacks, or indirectly by securing exclusive tariffs from suppliers - because of the four-tariff rule.

The full report can be found here: https://www.gov.uk/government/uploads/system/uploads/attachment_data/file/442500/EMI_PFs_Summary.pdf

Our policy has been to cut the commission we receive in order to get the best deal for our members. The deals we create are cheaper than anything on comparison sites.

Our policy has been to cut the commission we receive in order to get the best deal for our members. The deals we create are cheaper than anything on comparison sites. Our collective switch in October 2014 saved the British public £1.5 million, with an average saving of £303 per household (higher than any other collective switch). 10% of our switchers saved over £475. 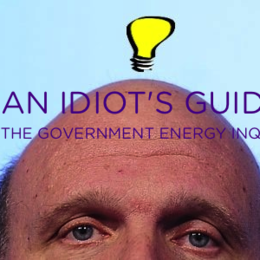